The development history of pipe pile

Pipe piles are tubular products made of concrete, which is is widely used in the field of construction. Pipe piles play a crucial role in the construction industry. This article will introduce the development history of pipe pile. 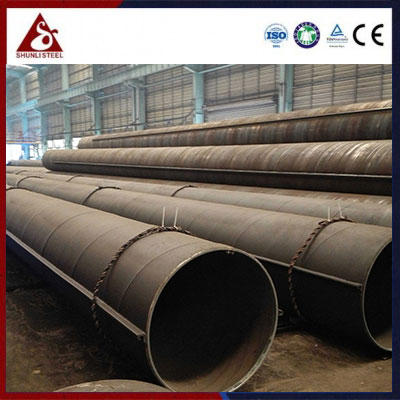 The following knowledge points are listed below:

In the late 1960s, the fengtai bridge factory of the ministry of railways began to produce pre-tensioned prestressed concrete pipe piles (PC pipe piles for short), which were mainly used for the infrastructure construction of railway bridge projects. Post-tensioning prestressed concrete pipe piles were developed and manufactured in 1970s. Since the 1970s, especially in the construction of baoshan steel plant in Shanghai, a large number of steel pipe piles imported from Japan have been used.

In order to meet the needs of the development of port construction, the three navigation bureau in 1987, the ministry of communications from Japan introduced full prestressed high strength concrete pipe pile (PHC pipe pile for short) production line, the main specifications of PHC pipe pile vertebral 600 mm ~ 1000 mm vertebra. In the late 80 s, Ningbo east Zhejiang cement products co., LTD., in collaboration with the relevant scientific research institutes, according to the characteristics of the silt soft geology in coastal regions, to reform the PC pipe pile, developed the first tensioning prestressed concrete thin-wall pipe pile (PTC tubular pile for short), PTC tubular pipe pile of main specifications are vertebral 300 mm ~ 600 mm vertebra. 1989 ~ 1992, the original national building Suzhou institute of concrete cement products and panyu city bridge feng cement products co., LTD., according to the actual situation of our country, through the introduction of digestion and absorption of pipe pile production line, and developed the localization of the prestressed concrete pipe pile, the achievements by the ministry of construction in 1993 included in the national key promotion project. With the reform and opening up and the development of economic construction, pre-tensioning prestressed concrete pipe piles began to be widely used in railway system, and expanded to industrial and civil construction, municipal administration, metallurgy, port, highway and other fields. In the Yangtze river delta and the pearl river delta region, the demand for pipe piles has soared due to the geological conditions suitable for the use of pipe piles, thus rapidly forming a new industry. According to incomplete statistics, by the end of 2007, there were more than 400 enterprises producing pipe piles in China (excluding those in Taiwan), producing about 250 million meters of pipe piles with an output value of more than 30 billion yuan. At the same time, the annual output value of auxiliary products supporting the pipe pile industry is nearly 25 billion yuan, which has become a vigorous new industry. At present, the pipe pile has accounted for about 50% of the output value of the cement products industry in China.

Our company produces all kinds of pipe piles, if you want to buy pipe piles, please contact us .